vaccines have inserts read them !

Hydroxychloroquine (HCQ) is an antimalarial/anti-inflammatory drug that impairs endosomal transfer of virions within human cells. HCQ is also a zinc ionophore that conveys zinc intracellularly to block the SARS-CoV-2 RNA-dependent RNA polymerase, which is the core enzyme of the virus replication.

The currently completed retrospective studies and randomized trials have generally shown these findings:

1) when started late in the hospital course and for short durations of time, antimalarials appear to be ineffective

2) when started earlier in the hospital course, for progressively longer durations and in outpatients, antimalarials may reduce the progression of disease, prevent hospitalization, and are associated with reduced mortality.

HCQ was approved by the US Food and Drug Administration in 1955, has been used by hundreds of millions of people worldwide since then, is sold over the counter in many countries, and has a well-characterized safety profile that should not raise undue alarm.

Although asymptomatic QT prolongation is a well-recognized and infrequent (<1%) complication of HCQ, it is possible that in the setting of acute illness symptomatic arrhythmias could develop. Data safety and monitoring boards have not declared safety concerns in any clinical trial published to date. Rare patients with a personal or family history of prolonged QT syndrome and those on additional QT prolonging, contraindicated drugs (eg, dofetilide, sotalol) should be treated with caution and a plan to monitor the QTc in the ambulatory setting. A typical HCQ regimen is 200 mg bid for 5 days and extended to 30 days for continued symptoms. A mini- mal sufficient dose of HCQ should be used, because in excessive doses the drug can interfere with early immune response to the virus.

Traditionally, vaccines are made of thimerosal, phenols, aluminum salts, formalin, a micro-

dose of the virus itself. 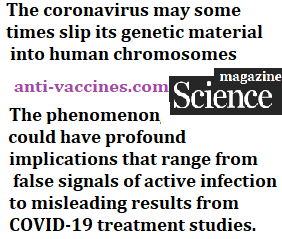 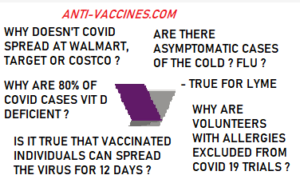 the war on anti-vaxxers is real 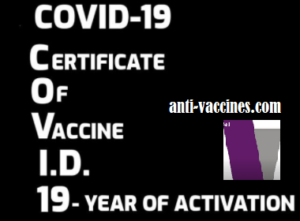 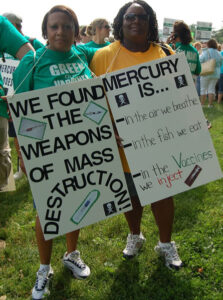